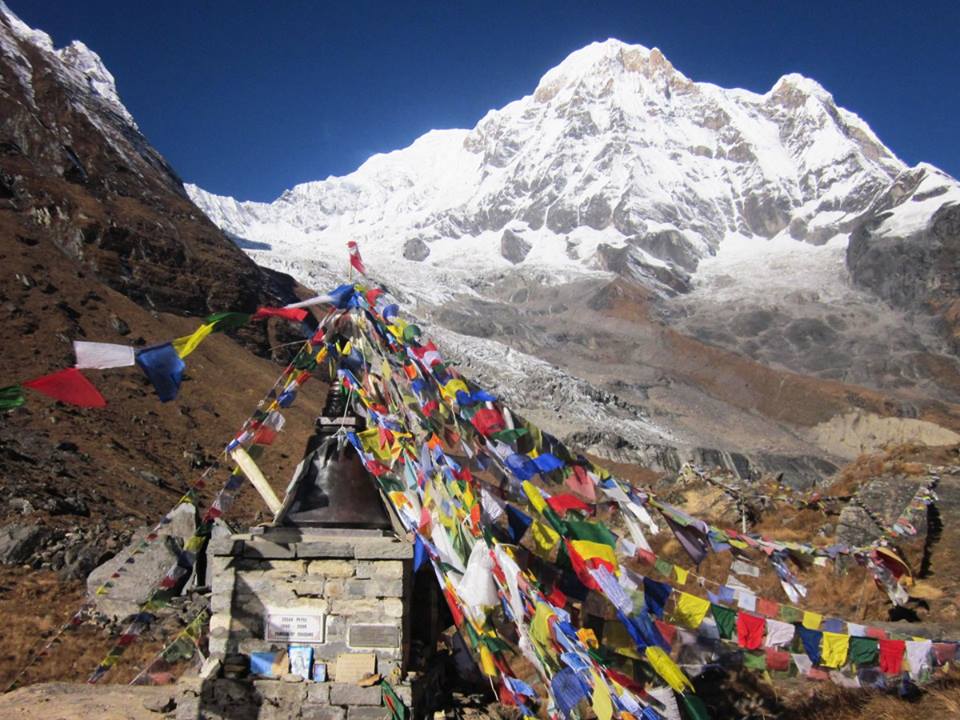 Annapurna Base Camp trek follows world-class trekking trails in Nepal. It is a high glacial basin located north of Pokhara city. Annapurna Base Camp trek covers an extraordinary variety of ecosystems because of the combination of great depths and heights. It is surrounded by the ‘snow giants’, especially Annapurna Himalayan ranges and other peaks above the 7000-meter mark and it receives only 7 hours of sunlight a day in the summer season. The trek offers spectacular mountain views including Machhapuchhere (6,993 m), Dhaulagiri (8,167 m), Lamjung Himal (6,983 m), Annapurna I (8,091 m), Annapurna III (7,555m), Annapurna South (7,219m), Himchuli (7,246m). A dense tropical forest of bamboo and Rhododendron cover the south-facing slopes while the north-facing slopes are covered by rain shadow. The sanctuary is considered sacred by both Hindus and Buddhists and is believed to be the abode of their deities. Annapurna sanctuary was not even opened to foreigners until 1956. Annapurna Base Camp trek, also called an Annapurna Sanctuary Trek, explores the diverse ethnic groups and their cultures such as Gurung, Magar, Thakali along with the flora and fauna of the region.

Go to website- Use promo code, ECOTRIP, when booking
Translate »